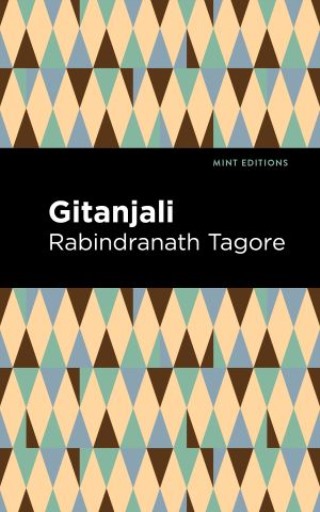 Gitanjali (1912) is a collection of poems by Rabindranath Tagore. Translated into English by Tagore and published with a groundbreaking introduction by Irish poet W. B. Yeats, Gitanjali is the collection that earned Tagore the 1912 Nobel Prize in Literature. When Yeats discovered Tagore’s work in translation, he felt an intense kinship with a man whose work was similarly grounded in spirituality and opposition to the British Empire. For the Irish poet, Tagore’s poems were at once deeply personal and essentially universal, like a secret kept by all and shared regardless: “I have carried the manuscript of these translations about with me for days, reading it in railway trains, or on the top of omnibuses and in restaurants, and I have often had to close it lest some stranger would see how much it moved me.” Whether or not we admit it, his words never fail to remind us: to be human is to be vulnerable. “Thou hast made me endless, such is thy pleasure. This frail vessel thou emptiest again and again, and fillest it ever with fresh life. This little flute of a reed thou hast carried over hills and dales, and hast breathed through it melodies eternally new.” The essence of Gitanjali is humility. Written following the deaths of his wife and two children, the collection unites poetry and prayer in search of peace. Grounded in Hindu tradition, his poems remain recognizable to readers of all faiths and nations. His subjects are love and loss, life and death, belief and despair. Through them, he approaches truth. With a beautifully designed cover and professionally typeset manuscript, this edition of Rabindranath Tagore’s Gitanjali is a classic of Indian literature reimagined for modern readers.

Rabindranath Tagore (1861-1941) was an Indian poet, composer, philosopher, and painter from Bengal. Born to a prominent Brahmo Samaj family, Tagore was raised mostly by servants following his mother’s untimely death. His father, a leading philosopher and reformer, hosted countless artists and intellectuals at the family mansion in Calcutta, introducing his children to poets, philosophers, and musicians from a young age. Tagore avoided conventional education, instead reading voraciously and studying astronomy, science, Sanskrit, and classical Indian poetry. As a teenager, he began publishing poems and short stories in Bengali and Maithili. Following his father’s wish for him to become a barrister, Tagore read law for a brief period at University College London, where he soon turned to studying the works of Shakespeare and Thomas Browne. In 1883, Tagore returned to India to marry and manage his ancestral estates. During this time, Tagore published his Manasi (1890) poems and met the folk poet Gagan Harkara, with whom he would work to compose popular songs. In 1901, having written countless poems, plays, and short stories, Tagore founded an ashram, but his work as a spiritual leader was tragically disrupted by the deaths of his wife and two of their children, followed by his father’s death in 1905. In 1913, Tagore was awarded the Nobel Prize in Literature, making him the first lyricist and non-European to be awarded the distinction. Over the next several decades, Tagore wrote his influential novel The Home and the World (1916), toured dozens of countries, and advocated on behalf of Dalits and other oppressed peoples.